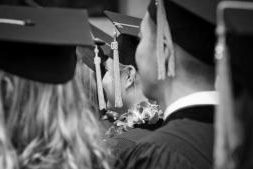 While I was recently on rounds with medical students and residents, last year’s Graham-Cassidy health care bill came up. I took some professional interest in the bill, since U.S. Sen. Bill Cassidy is a gastroenterologist like me. At the county hospital where I work, we see a large proportion of low-income patients who are underserved. As we discussed the potential local impacts of this proposed legislation if it became law, I saw nothing but blank stares. The students had no idea what this bill contained. Their lack of knowledge extended beyond the fights over repealing the Affordable Care Act. It soon became clear they did not even know the basics of Medicare or Medicaid.

Health policy is increasingly at the center of a contentious public debate about how to provide care for a growing and sicker population. Fields such as public health, quality improvement and health care economics have a tangible, profound impact on the care patients receive in our clinics, operating theaters and emergency rooms. Unfortunately, medical education in the United States does little to educate tomorrow’s doctors on the basics of health policy.

The reality is the many medical students, residents and trainee physicians are illiterate in the basics of public health and health policy. In 2011, the national Medical School Graduation Questionnaire reported that up to 40 percent of graduates felt their education on public health topics was inadequate. A 2012 survey of medical students published in the Annals of Internal Medicine found that only 48 percent felt they understood the basics of the Affordable Care Act, while 41 percent had no opinion at all on the landmark law. Recently, only 41 percent of surveyed medical students at the USC Keck School of Medicine could pass an introductory exam on the basics of health policy (faculty members scored around 80 percent).

The status of education is no better at the postgraduate level. Longstanding medical education conferences still retain a narrow medical focus to the exclusion of other relevant sciences. Rare conditions (so called “zebras”) command attention as opposed to useful discussions on more common conditions such as diabetes (so called “horses”). Board certification exams rarely have questions on health policy topics.

The irony is that these challenges come at a time when medical students, interns and young physicians are increasingly awash in the language of health economics and policy. They hear about “revenue generating units,” “co-payments,” “throughput,” and “value-based care,” and yet have no context to understand these terms. Medical schools are sending generations of sleep-deprived medical students and residents into the field unprepared to grapple with the dysfunctional, complex health system we have bequeathed them.

These challenges are not new. Despite decades of rapid, transformative biomedical research, innovation in med school curriculums has been stagnant. Over a hundred years ago, Abraham Flexner issued a damning commentary on the state of medical education in the U.S. He noted that “it is clear that consideration for the public good has had on the whole little to do; nor is it to be expected that this situation will very readily readjust itself in response to public need.” He believed rigorous scientific training could reorganize medical education to serve larger societal needs.

A similar endeavor is needed now, one that heals the long standing schism between biomedical science and public health — a philosophical divide that is jeopardizing patient care. Patterns of medical practice are largely established during physicians’ training through exposure, comfort and inertia. Doctors are responsible for the vast majority of medical expenditures through prescriptions, diagnostic tests and invasive procedures. That low-value care is still rampant in our medical system is partly a function of the fact that most doctors were simply not taught about the larger policy consequences of their actions.

There are a few bright spots. Since 2014, the entrance exam into medical school (MCAT) has a section on sociological and psychological sciences as they pertain to human disease. New medical schools and programs within existing ones are developing across the country with a specific focus on population health. Kaiser Permanente’s new medical school, which just broke ground late last year here in Southern California, promises a new model of teaching that emphasizes these essential competencies. The American Medical Association is attempting to coordinate these related fields under the new umbrella term of “Health Systems Science,” to complement traditional and clinical sciences. For the last few years, the Association of American Medical Colleges requires that all medical students have a basic understanding of quality improvement upon graduation.

Yet more must be done. Huge challenges remain: Paying for new blockbuster drugs like immunotherapy and hepatitis C cures. The “deaths of despair” and the opioid epidemic. Two consecutive years of declining U.S. life expectancy. During rounds, I often wonder how my trainees will address these growing crises. The ignorance of policy I too often find demands a new approach to educating physicians. It goes beyond medical school training. The next generation of physicians needs to work with community advocates, health policy experts, and public health scientists to craft innovative solutions. The promise of health care reform cannot be achieved without it.

Dr. Rusha Modi is a faculty member at the USC Gehr Center for Implementation Science, where he focuses on ways to improve the quality of health care.