The wound is the place where the Light enters you.

Disclaimer: This is NOT to be taken as professional medical advice to diagnose, treat, or manage any medical complaints. This is solely for general education. Please consult your healthcare practitioner regarding your particular concerns. No liability will be held regarding this essay or any content on this website.

Ok, your gut is going on a roller coaster ride and its IBS. So how do we manage it?

From the 50,000-foot perspective there are really two approaches: 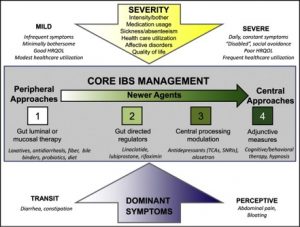 There is a lot going on here so let’s break it down.

First, realize that IBS is likely comprised of not one disease state but many. Once the science evolves, we will be able to create distinct profiles of patients based on genetic, microbial and health biomarkers. As of now, functional bowel complaints are primarily a syndromic disorder. They are characterized clinically.

Next, treatment strategies need to be personalized. Your IBS may not be like your friends. Thus, while they may do great with probiotics, they may not do a lick for you. Keep this in mind next time you read an article entitled “5 foods to give you a flat belly.” It is unrealistic to cut out gluten or whatever is the trendy diet of the day and expect to feel better (although if it works for you, more power to you).

Third, psychosocial factors help determine where a patient is on this spectrum. Health related quality of life (HRQOL in the literature) is important to help prognosticate patients and determine treatment options. Life factors do matter and may be the reason why your doctor asks about them. A pure bio-medical model of disease is not fully able to explain functional bowel disorders. Instead, we need a bio psychosocial model of care.

Mind, body, and the intestines all interact to produce gut bliss or gut distress.

This is the new science of the brain gut axis.

Fourth, care exists along a spectrum. As patients become more burdened by their gut complaints they are likely to need multiple modalities of treatment. One approach in isolation rarely is effective.

Fifth, some trial and error may be involved. IBS is still poorly understood relative to other medical conditions. After all, we do call it irritable bowel syndrome. We don’t call heart attacks “angry heart problem.” Give your provider time to work through these strategies since we don’t have a validated model to predict treatment response to certain modalities of care (yet).

The science of IBS is still evolving and we are in the relatively early stages of understanding. For sure, there are some elaborate experiments being conducted and well-formed theories but this need much more validation. So when you read an article entitled “ the 10 causes of IBS your doctor isn’t telling” the authors are likely in need of a colon cleanse themselves.

Perhaps, most importantly no validated treatment algorithm exists yet for IBS. In other words, the approaches that we use to treat IBS are based on the current evidence base and what is bio-plausible, but ultimately is driven by the patient’s history and the physician’s clinical discretion.

That said, let’s get into some general specifics (yes, yes it’s an oxymoron) 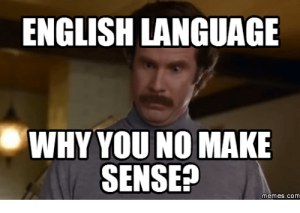 As befitting the brain gut axis, we can treat the brain, the gut or both.

These are so called peripheral approaches (the central being the brain). Usually here we initiate dietary modifications as well as consider medications such as antibiotics, simple laxatives or anti-diarrheals, and occasionally probiotics. All of these are designed to improve and optimize the local gut environment.

Patients here tend to have bathroom issues. For mild cases of IBS or other functional bowel disorders, generally starting here works. For the average college kid who has “upset stomach” (Note, IBS is not a stomach related disorder), cleaning up the diet and other lifestyle changes can make a dramatic improvement.

It is here where online “health experts” tend to focus, emphasizing how gluten is the devil, we all have leaky guts that sink our intestines like the Titanic, or that we all digestive enzymes (no we don’t).

The primary dietary approach that has an increasing base of scientific literature supporting its use is the low FODMAP diet. I’ll go into more detail into this approach in future essays, but FODMAPs is an acronym that refers to a series of certain carbohydrates that are fermented by gut bacteria. This process can redirect blood flow in the intestines, prompt more gas production (hence IBSers often complain of flatulence or bloating), and also water retention locally among other complications. In fact new research suggests that much of the benefit from cutting out gluten is in fact the restriction of FODMAP foods that accompanies this approach. 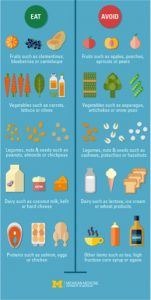 More advanced therapies will involve prescription medications that alter how ion channels in the gut walls affect fluid and salt output into the gut itself.

Some people dislike the idea of taking medications saying they want to heal their gut naturally. This is a sentiment with which I sympathize. No one likes the idea of indefinite medication use. I believe this problem is worse for the gut because it’s typically and underappreciated organ. It operates in the background, digesting all of the food we consume, without so much of a hitch. When does emerge, it throws us for a loop. And eating is so central to our lives, and the most important function we perform as mammals after breathing, that is seems wrong to need medications to support its operations.

But IBS is a constellation of problems typically develops over months to years for most people. These changes are slow, often imperceptible at times, until they build up starting causing dysfunction. How this process develops is still a work in progress but given the profound changes involved, it would be surprising if we did not use medications. After all, when cancer or heart disease strikes most people accept that medications will be necessary. So why not with IBS?

Part of this answer lies in the other half of the brain gut axis.

Admittedly, none of these strategies are easily sells to patients and explains some of the resistance to treatment, even in the most open minded of patients.

“Are you saying I’m crazy?”

I agree with these statements. It’s important to realize that use of these medications doesn’t imply any of these things are true. However, we do know that the gut nervous system (the enteric nervous system) is actually, in many regards, an extension of the brain itself. Thus, agents that affect brain nerves can have benefits at the gut. In fact, at lower doses, anti-depressants like Cymbalta may actually selectively target enteric nerves.

(Note, I have no financial conflicts of interest and have never taken any money from pharmaceuticals.)

Mental health support, even for the not stressed (and who isn’t stressed these days), can be of real value for many patients. It can help them cope with their gut symptoms and make medications and diet work even better. Many people find that once talking to a trained mental health professional, they start to uncover prior trauma, anxiety, stressors or other issues that have been unaddressed. Self-discovery can be a powerful tool. We also know that a growing body of research implicates early adverse life events (EAL’s) in reshaping developing brains and makes IBS and similar problems much more common as people get older. 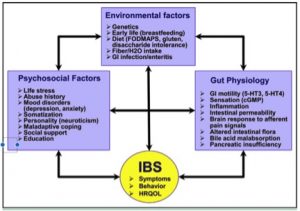 “But what about colon cleanses?”

“Can’t I just take Kombucha, probiotics, glutamine, digestive enzymes, acai or (insert supplement of choice)? I heard that can help with detoxing the body.”

I wish human disease were that simple. It would have saved me 4 years of med school and hundreds of thousands of dollars of tuition. Unfortunately, that is not often the case. But human health is much more than just removing toxins.

For example, take a look at this image: 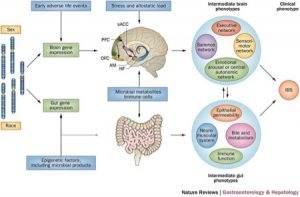 This is a relatively simple illustration of a systems model of how IBS develops in certain individuals. We can see that it is a layered paradigm. Genetic (and perhaps epi-genetic) primers are activated in both brain and gut by stress and altered central nervous system development and mucosal immunology. Dysfunction in motility, barrier protection, metabolism of endogenous chemicals as well as in neuro-synaptic changes prompts symptoms we have labeled as IBS.

And this is the stuff that we know about. There is a whole X factor of unknown unknowable’s that are probably complicating the picture. Thank you, Donald Rumsfeld. Somewhere, my college philosophy professor is having a field day. 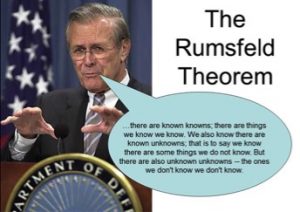 In other words, we have a lot to learn. There is value in admitting humility in the face of human illness. It keeps (most) doctors humble and reminds us it is called a medical practice for a reason.

So now you can imagine why your doctor may roll their eyes in their less honorable moments when you ask them about B vitamins or royal bee pollen supplements (I’m not so elitist. My pollen can be from the proletariat).

Can we honestly expect to throw in a few bacteria into this mix and expect global intestinal improvement? Probably not.

It is time we bring science, compassion, and research to IBS treatment and the discussions we have about it. I hope this essay helps contributes to the dialogue and to your path to healing.

[3] My numerous years of training in medicine.